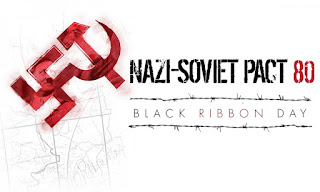 Today marks 80 years since the signing of the Hitler-Stalin Pact, also known as the Molotov-Ribbentrop Pact, between the Soviet Union and Nazi Germany.

The two totalitarian dictatorships signed the pact, including a secret protocol that divided Europe into two spheres of influence. The pact was an agreement between two allies that plunged Europe into total war.

The Finnish Anti-Fascist Committee recommends that the agreement between the Soviet Union and Nazi Germany be called the "Hitler-Stalin Pact," which better reflects the role of the signatories.

While other victimised nations mark the anniversary of the Hitler-Stalin Pact with official, solemn events, a black veil of silence hangs over Finland. Internationally, this day is called the "Black Ribbon Day," which is very apt in these circumstances.

Vladimir Putin's Russia strives to defend the Hitler-Stalin Pact actively with much the same argumentation as Soviet propaganda did. Finns and other victimised nations will do well to reflect on why Moscow is doing so at this point in history.

We will never forget! The Finnish Anti-Fascist Committee calls on the Finnish government to recognise the Black Ribbon Day and to declare it an official flag day. We made the proposal in 2012 and are still waiting for a response.

Also, today marks 30 years since the "Baltic Way," a massive demonstration of popular will, when around two million people formed a human chain from Tallinn via Riga to Vilnius. That day marked 50 years since the Hitler-Stalin Pact.

Finally, we express particular concern about the continued whitewashing of totalitarian states and ideologies. We urge not to use symbols of Soviet totalitarianism for commercial purposes, as it blemishes the memory of the victims of Communist dictatorship all over Europe.

A German online store operating in Finland, Spreadshirt, and the Finnish online retailer, Stuntman, sell goods with Soviet symbols. The Finnish Anti-Fascist Committee has asked the companies to remove the products from sale. The stores do not sell goods with Nazi symbols. 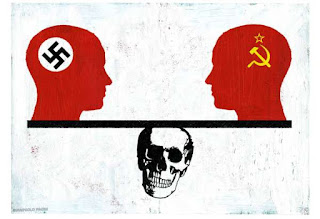 Denial of History Is Moral Pollution 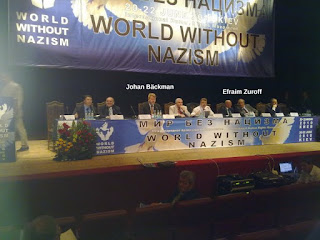 Finnish public broadcaster YLE ran several stories about the Simon Wiesenthal Center (SWC) and the head of its Jerusalem office, Efraim Zuroff, on 16 March 2019. YLE reporter Katriina Töyrylä penned a long profile (in Finnish) of Mr Zuroff, in which she noted that "Zuroff is not alone in hunting Nazis; he receives help from contacts around the world — many of them with no remuneration."

Ms Töyrylä referred to Mr Zuroff's contacts and work in Finland as well. However, she completely failed to mention that one of Mr Zuroff's closest cooperation partners in Finland has been Johan Bäckman, known for his support of right-wing extremists, Neo-Nazis, and Russian state terrorism. Mr Bäckman has been convicted of harrassing a journalist working at YLE, Ms Töyrylä's employer.

The hate group led by Johan Bäckman published a Finnish translation of Mr Zuroff's book, "Operation Last Chance," using the name of our organisation without licence. The book is part of SWC's campaign to bring Nazi war criminals to justice, which Ms Töyrylä referenced in her article as well. In June 2012, Mr Zuroff visited Finland to take part in a presentation of the Finnish edition of his book, which is still on sale.

In February 2013, the Finnish Anti-Fascist Committee sent a letter to SWC regarding Mr Zuroff's continued cooperation with people who propagate Russian terrorism and antisemitism. Our letter was cited, among others, by Anton Shekhovtsov and Vyacheslav Likhachev, who have conducted extensive studies of extreme right-wing organisations in Europe. We received no response from either Mr Zuroff or SWC.

In February 2015, Mr Zuroff joined the notorious fraudster, Andrei Zarenkov, in observing a torchlight march held by the right-wing populist Conservative People's Party of Estonia (EKRE) in Tallinn. In March of the same year, Mr Zuroff was in Riga where he joined a street performance organised by local pro-Russian propagandists, including Josefs Korens.

In August 2015, Mr Zuroff told The Daily Beast's James Kirchick that he had left World Without Nazism (WWN), which is a now largely defunct Kremlin-sponsored propaganda organisation. WWN's leadership included at various times many people that Mr Zuroff has cooperated with, including Mr Bäckman, Mr Zarenkov, and Mr Korens. Mr Zuroff was one of WWN's founders. Newsweek reported in October 2014 that Mr Zuroff was "previously involved with WWN."

None of this background information was cited in the several in-depth stories that YLE ran about Mr Zuroff, however. Antti-Pekka Mustonen, Chairman of the Finnish Anti-Fascist Committee, notes that Mr Zuroff's cooperation with anti-democratic provocateurs like Mr Bäckman is relevant information to Finnish readers, who are YLE's main target audience.

We would expect that a story that recounts Mr Zuroff's life, from his childhood to his current personal relationship, would paint a more nuanced picture of his public activity. The only critical note in Ms Töyrylä's story was in relation to SWC's pro-Israel stance, not the activities of Mr Zuroff himself.

In a world again beset by xenophobia and antisemitism, the work done by SWC is of vital importance. This in no way negates the need to take a critical look at the activities of the organisation's representatives. Doing so would have demonstrated the responsible journalism that YLE aspouses.

In his interview with YLE (in Finnish), Mr Zuroff said that "denial of history is a form of moral pollution." At the same time, he continues to cooperate actively with people and organisations that deny the crimes of Soviet totalitarianism. This discrepancy is bound to colour the attitudes toward Mr Zuroff's activities in countries that have suffered as a result of Soviet and Russian imperialism.
Sunday, March 17, 2019
Posted by SAFKA
0 Comments
Tag : Antifascism , Antisemitism , History , Journalism , Nazism , Propaganda , Russia , SAFKA , Soviet Union , Stalinism , Totalitarianism , USSR , War Crimes , WWII , Xenophobia

►
Today, 23 August 2018, was Black Ribbon Day — the European Day of Remembrance for Victims of Stalinism and Nazism. In Estonia, the day was marked with the opening of a national memorial to the victims of communism. The ceremony included speeches by President Kersti Kaljulaid, Justice Minister Urmas Reinsalu, and Commander of the Estonian Defence Forces, Gen. Riho Terras.

Like so many years before, the only event marking Black Ribbon Day in Finland was held at the Lenin Museum in Tampere. As awareness in other western countries of the importance of Black Ribbon Day to our future generations and to our understanding of our common history rises from year to year, Finland remains silent. The Finnish Anti-Fascist Committee renews its call to designate 23 August as a national flag day.

In an op-ed published in Finland's leading daily, Helsingin Sanomat, Kimmo Sasi, long-time MP and former Chairman of the Sub-Committee on Human Rights of the Council of Europe, suggested that Finland needed a museum highlighting the crimes against humanity committed by fascist and communist regimes. The Finnish Anti-Fascist Committee concurs. We have proposed earlier that the Lenin Museum be renamed Museum of the Victims of Totalitarianism.

We are living in a time when the world's only superpower is being led by a president who pursues "post-truth" policies and seems to inhabit a parallel reality. Another great power represents stability without human rights, and the third major power is a state armed with nuclear weapons and led by a usurpator who is a war criminal.

Each moment in history has its own doomsday sayers. The Finnish Anti-Fascist Committee is not one of them. Nevertheless, Black Ribbon Day reminds us all of the importance of our common western values, especially in uncertain times like these. Our values help guide us when making our most important choices.

23 August 1939 was an example of great power politics based on lies and violence. On that day 79 years ago, Stalin's Soviet Union and Hitler's Nazi Germany made a pact that divided Europe into spheres of influence. As a result, Europe was plunged into a devastating war, Finland was attacked by the Soviet Union, the Baltic States were occupied, and half of Europe was subjugated by two totalitarian dictatorships.

The summit between the U.S. and Russian presidents in Finland this summer made many of us think of those events 79 years ago. Our fears were not and are not without reason. However, history does not repeat itself unless we really want it to. This is why it is very important to remind everyone, time and time again, of that fateful day 79 years ago.

The Finnish Anti-Fascist Committee deplores the Finnish government's Finnofobic stance that fails to protect our country's integrity with sufficient clarity and courage. A Finland without a vision is a Finland without values. Finnish society needs to defend itself against foreign iniquity and violence. Democracy, human rights, and free speech deserve and need to be defended. 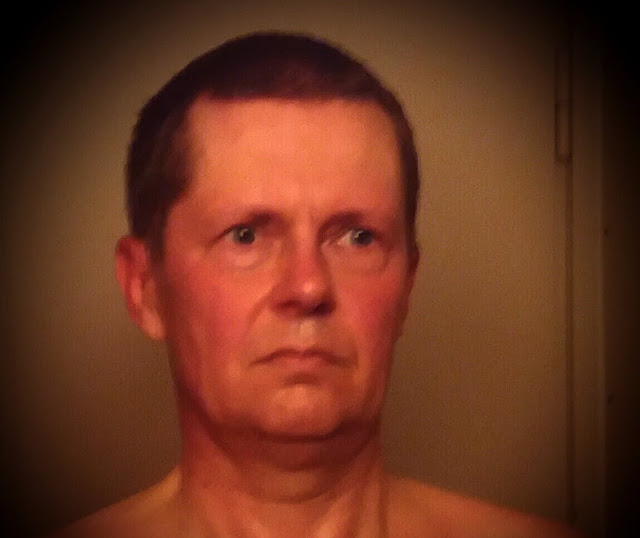